You may look at this picture and your focal point may be on the shrimp or crabcake. The real PRIZE here are the CHEESE GRITS. Yes you heard me correctly. I L-O-V-E Grits. I have been eating them before I had teeth. My Grandmother Annie Mae who was born in South Carolina was the Queen Of Grits. She didn’t cook the 5 minute grits. She despised those. She made the one’s that took 20 minutes to cook.

I was taught all about Grits by my Grandmother. I  remember her sending me to the market as a teen and 1 of the items on the list was Grits. Not knowing I purchased the QUICK GRITS…Why did I do that? She made me go back but not before lecturing me on the importance of why slow cook grits were better and  never to be brought into her home again.

She used to make Chicken & Grits, Fish & Grits as well as Sardines & Grits. I remember looking at Sardines and screwing up my face. 1 day I decided to try it and let me say I requested this on many occasions thereafter.

Grits is a food made from corn that is ground into a coarse meal and then boiled. Grits are usually served with other flavorings as a breakfast dish, usually savory. It is popular in the Southern United States. It may also be found as an evening entrée when made with shrimp.

Three-quarters of grits sold in the U.S. are bought in the South, in an area stretching from Texas to Virginia that is sometimes called the “grits belt”. The state of Georgia declared grits its official prepared food in 2002.

Although I’m a chef I adore eating put and discovering new & exciting places to eat. Breakfast is my meal of choice.

When entering a restaurant or diner after my greeting I ALWAYS ask “Do you have grits?”. I adapted this habit after walking into a restaurant sitting down and ordering tea. The waiter then came back to take my order and I was told WE HAVE NO GRITS…In my mind I turned over 3 tables and several chairs. In reality I paid for my tea and went to a restaurant that did have Grits. This was the last time this happened. I vowed never to be seated before finding out is grits were being served.

I have have become a connoisseur on Grits. I can eat them and tell if they are Quaker or a generic brand. There’s a big difference in taste. Some won’t notice but if you’ve been eating for as long as I have YOU NOTICE.

My love for Grits may be seen as an obsession I  jokingly call it OCGD. Obsessive Compulsive Grit Disorder….I LOVE GRITS…..

January 15, 1929 – April 4, 1968) was an American Baptist minister and activist who was a leader in the Civil Rights Movement. He is best known for his role in the advancement of civil rights using nonviolent civil disobedience based on his Christian beliefs.

King became a civil rights activist early in his career. He led the 1955 Montgomery bus boycott and helped found the Southern Christian Leadership Conference (SCLC) in 1957, serving as its first president. With the SCLC, King led an unsuccessful 1962 struggle against segregation in Albany, Georgia, and helped organize the 1963 nonviolent protests in Birmingham, Alabama. King also helped to organize the 1963 March on Washington, where he delivered his famous “I Have a Dream” speech.

On October 14, 1964, King received the Nobel Peace Prize for combating racial inequality through nonviolent resistance. In 1965, he helped to organize the Selma to Montgomery marches, and the following year he and SCLC took the movement north to Chicago to work on segregated housing. In the final years of his life, King expanded his focus to include opposition towards poverty and the Vietnam War, alienating many of his liberal allies with a 1967 speech titled “Beyond Vietnam“.

In 1968, King was planning a national occupation of Washington, D.C., to be called the Poor People’s Campaign, when he wasassassinated on April 4 in Memphis, Tennessee. His death was followed by riots in many U.S. cities.

King was posthumously awarded the Presidential Medal of Freedom and theCongressional Gold Medal. Martin Luther King Jr. Day was established as a holiday in numerous cities and states beginning in 1971, and as a U.S. federal holiday in 1986.Hundreds of streets in the U.S. have been renamed in his honor, and a county in Washington State was also renamed for him. The Martin Luther King Jr. Memorial on theNational Mall in Washington, D.C., was dedicated in 2011

I create these cool cookie favors to honor a man who dedicated his life fighting for the equality of all people.

The other night I wanted stuffed avocado but the recipe I had was for Garlic Shrimp in an Avocado and my pallette didn’t want that. I thought about what I had in my fridge and what I wanted to eat. I gathered my shrimp that I purchased from a Element Seafood. They sell sustainable raised seafood so you get a better tasting product.

To really highlight the flavor of the shrimp I decided to create THIS….

I sautéed shrimp in a dab of Avocado Oil

I love this oil. I sometimes use this in place of Olive Oil and I purchased it from BJ’s Wholesale. I don’t always use precise measurements.

I squeeze fresh lemon on my shrimp to enhance the taste of the shrimp.

I sautéed seasoned shrimp. DO NOT OVERCOOK THEM. It will ruin the taste

I added the following

Add as much of each ingredient as you like. There is no way to mess up this recipe.

My presentation at theSouthern Foodways Alliance2016 on corn and the story of theAfrican Diaspora and American slavery. Please enjoy and share! WARNING…I have NO CHILL IN THIS TALK. 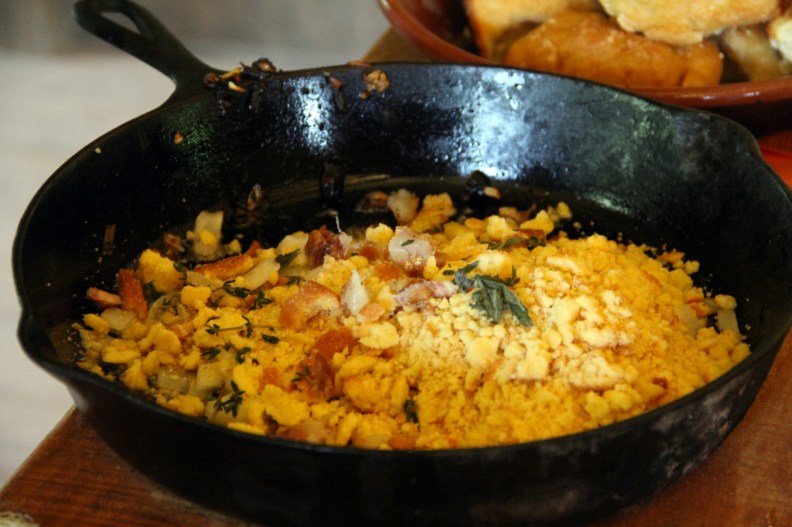 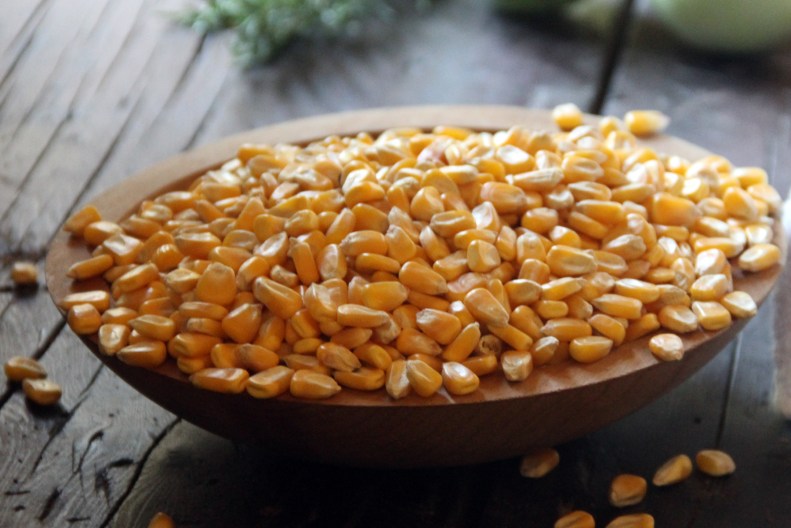 Everyone LOVES getting free stuff. Especially edible gifts. We are having a GIVE-AWAY via our Instagram page Anniemaesbakery_

We L-O-V-E creating edible gifts. Seeing the faces of clients experiencing one of our custom cookie favors is PRICELESS and heartwarming. So we’re having a GIVE-AWAY via our Instagram page. Follow us and watch us create and share our food journey. You will not be disappointed
HAPPY NEW YEAR…WE’RE HAVING A INSTA-GIVAWAY..FOLLOW US ON INSTAGRAM Anniemaesbakeey_

AND LIKE THIS PHOTO WITH THE HASHTAG #AnnieMaesGives AND TAG 2 FRIENDS.YOU AND YOUR FRIENDS WILL BE ENTERED TO WIN 6 OF THESE STAND MIXER COOKIE FAVORS.

WE WILL PICK 1 FOLLOWER AND 1 TAGGED FRIEND

WINNERS WILL BE ANNOUNCED ON JANUARY 8TH